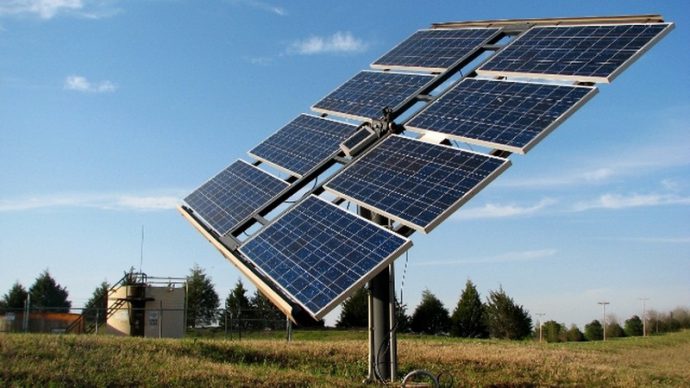 Although they still do not occupy an important place in the total electricity production, the Republic of Srpska has more and more solar power plants.

The production of electricity, from solar radiation, is ecologically pure and most acceptable, and it also brings a great economic benefit.

The first major solar power plant built in eastern Herzegovina is in Bileca.

Owners of Nik-prom from Bileca on the roof of their textile plant, four years ago, installed solar panels with a total installed capacity of 350 kilowatt-hours, which would be sufficient to supply 70 households.

Director of “Nik prom” company Trifko Nosović says they are happy to have a contract with Elektroprivreda Srpske for 15 years selling all electricity produced.

So far, 46 smaller or larger solar power plants have been built in Republika Srpska, whose owners are entitled to incentives for renewable energy.

These quotas are mostly filled, and new facilities are being built, so the next year’s action plan foresees almost twice as high allocations for this purpose, counting all renewable energy sources.

Director of the ERS Distribution Directorate, Dalibor Muratovic, says that in the coming year, 40-50 million KM will be planned for these purposes.

Solar power plants in total production from renewable sources participate with only 6.6 gigawatt-hours, and of 27 million KM, which the Elektroprivreda has allocated for incentives this year, only 1.5 million marks for solar power plants.

For now, physical persons, besides being able to use solar energy for their own household, can not even profit from this, due to the incompatibility with VAT collection.

Aleksandar Jegdic, secretary of the Energy Regulatory Commission of the Republika Srpska, said that the calculation is done on the basis of the measuring device, how much is given in the network and how much is taken, but can not be charged what was given, because the VAT system for the physical faces.

Although there is an increase in the share of renewable energy in the total production in Srpska in the case of solar power plants, it is still almost negligible percentage. Currently, from the Sun’s energy, we get a 0.3% of the total annual electricity consumption in our country.